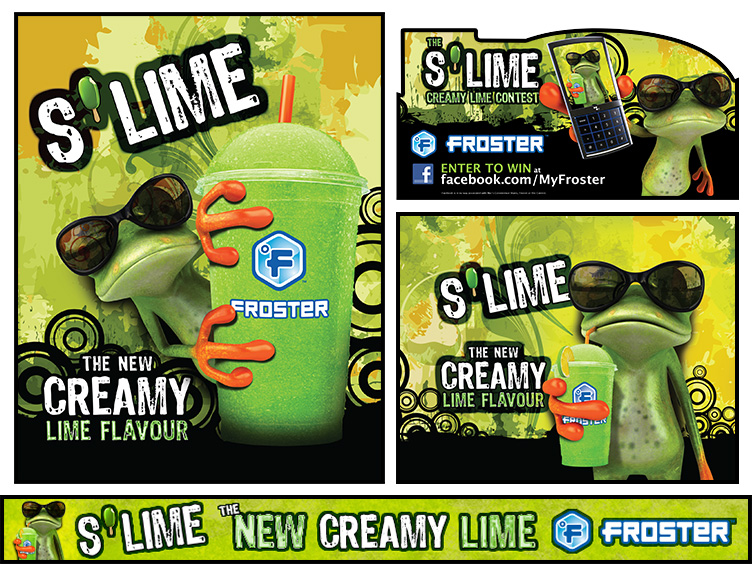 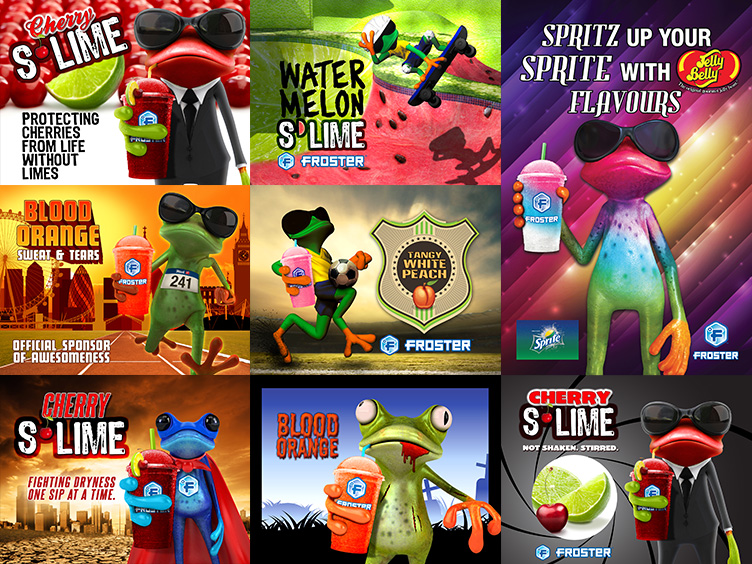 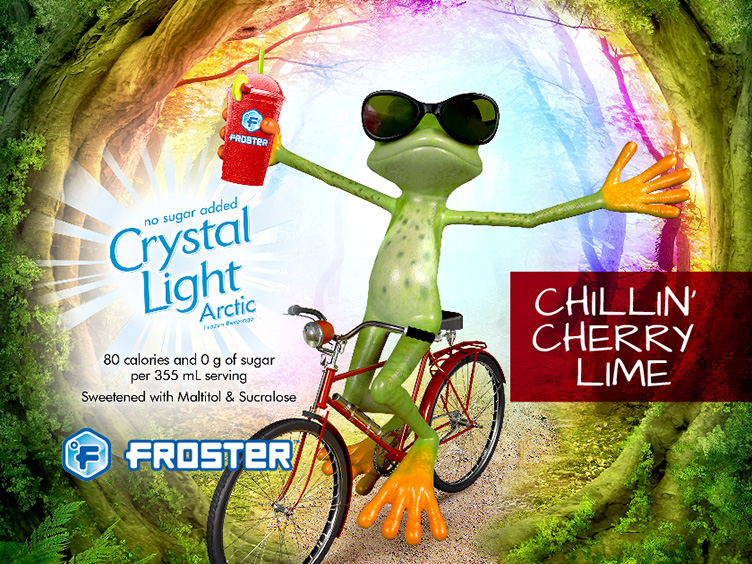 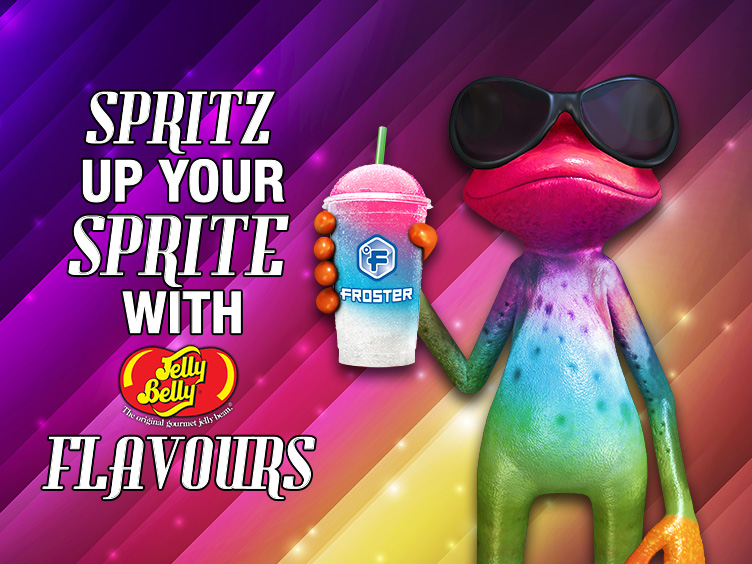 Some ideas take on a life of their own, and this Froster flavour was no exception. The much anticipated limesicle Froster flavour was considered to be the best feature flavour of the upcoming year and required artwork that was both exciting and had “attitude”. Enter the frog stage left.

While “limesicle” is a well-known and understood flavour, it also brings with it some potential trademarking baggage. The name “S’lime The New Creamy Lime” was developed to star the soon-to-be famous amphibian.

One other note about this mascot (or frogscot?). With this guy in high demand, we used our 3D rendering capability to make our very own versatile frog that can be positioned and altered to meet continuing creative concepts.